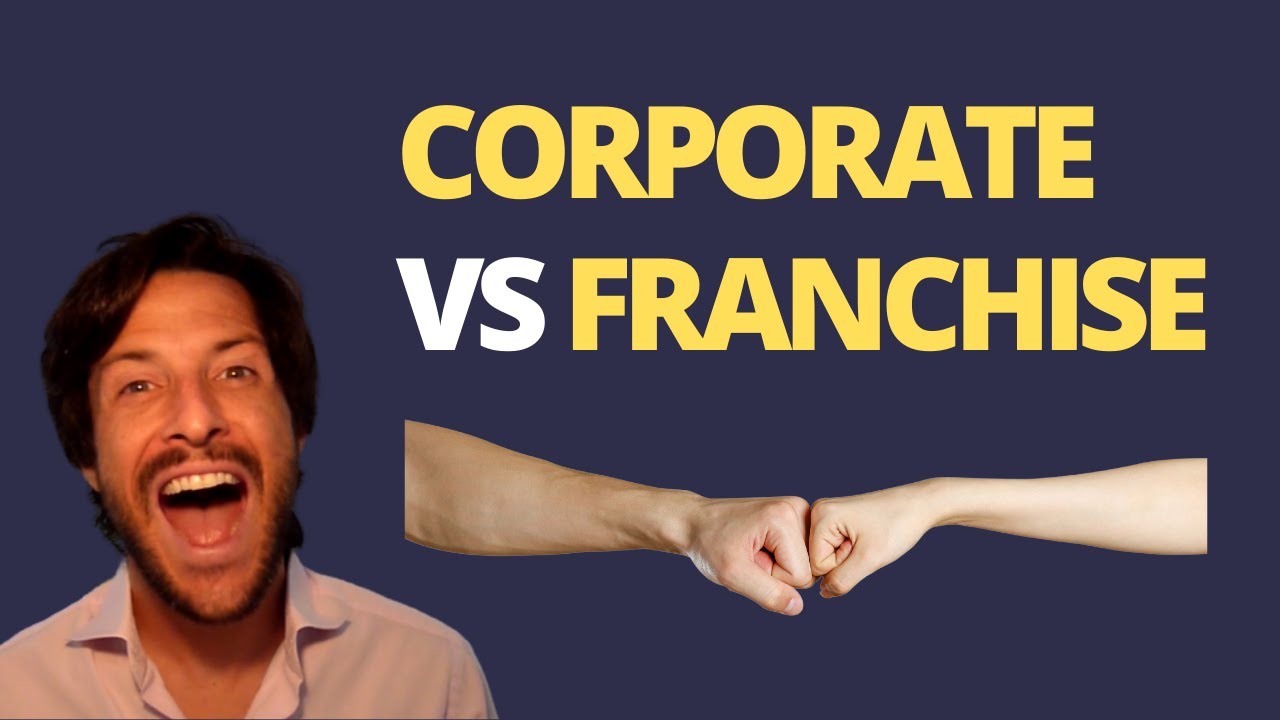 You can learn more here: https://www.vettedbiz.com/corporate-vs-franchise/

You have the franchisor, which is the licensor that awards a license to the franchisee. Basically, for generally a 10-year period, you can: use the brand, use their systems,and have benefits potentially from suppliers that they have in the ecosystem.

In a corporately owned and operated location there’s no franchisee. There’s a franchisor, and they are running that business as it was their own business. So, that could be a restaurant; for example, First Watch which recently IPOed. Most of their locations are corporate-owned. Starbucks —which is actually a licensor—, owns and operate over 90% of their locations in the US.

A franchise called Panda Express, thousands of locations in the United States, only 7% of those locations are owned by franchisees. And the franchisee-operated Panda Expresses are generally operated in airports or military bases. There are some of the benefits to the franchisor when you’re a system that’s mostly franchisee-owned. You don’t have to focus on hiring, firing people, managing a huge team. You can just focus on developing the brand, training, improving the processes, focus on the technology. And then let the franchisee deal with all the people in HR and all that.

It allows the franchisor, like in the case of Domino’s, to really just focus. Both on the technology and how do you get the product from the franchisee to the consumer. As fast as possible, and with the best experience. So, the franchisor can focus on the customer journey while, the franchisee focuses on operations, as well as on staffing.

This video is from 2021. In the US with unemployment in some areas as low as 4%, you need someone focus on staffing full time. especially in food and beverage, and in hospitality.

It’d be harder for the franchisor that’s based in California to be really focused and hire the best people here in Miami, Florida.

There are some benefits for a system that has corporate-owned locations. if the franchisor is owning and operating —say— a restaurant; they feel your pain, they understand. When the supplier is being unruly, the customer complaints, all of what you’re going through as a franchisee. Because they’re doing the same thing for their own location.

That being said, ideally, there’s not a high concentration of corporate stores compared to franchise locations. As I mentioned with Panda Express, 93% are corporate-owned, 7% are franchise locations. So when you have that disequilibrium, you’re gonna have much more focus from the franchisor on their own locations, as they’re making more money from the operations than the royalties that the 7% of franchisees are paying on their sales. And that’s reflected if you look at the financials for a lot of systems that have many corporate locations. See how their corporate units do compared to their franchise units and generally, they’re operating with better profit margins, higher sales, but that’s an important thing to ask.

You can check, leveraging our database at vettedbiz.com. See on the metrics of how many franchise locations are, compared to corporate locations, and then ask how the franchisees are doing compared to the corporately owned and managed units, and understand what the discrepancy is from, and how the franchisor is gonna support you, and focus on you as a franchisee, instead of their own corporately owned and managed. So that’s been a little bit about a corporate-owned, as well as a franchise-owned business in the United States.

You can learn more here: https://www.vettedbiz.com/corporate-vs-franchise/